Two Months ago my husband went into cardiac arrest & survived!

It has been just over 2 months since my husband, Danny, survived his heart attack & beat the “Widow Maker”.  Wow, I can’t believe I am saying that!   Here I am a Nutritional Counselor and my “healthy” husband has a heart attack !! That is just crazy!  I still have a hard time “wrapping my head” around the fact that I could have lost Danny that early Tuesday morning.  It has been baffling to us and the doctors to WHY a healthy guy like him had the heart attack.   Danny & I pray that our  journey will save someone else from a similar scary experience or loss of life.

First an important disclaimer ** not every “body” is the same!  please check with your doctor!** If you don’t feel comfortable with your doctor, keep looking & praying!  We are not doctors but will share experiences and  what Danny’s doctor  recommended  and the research we have found. 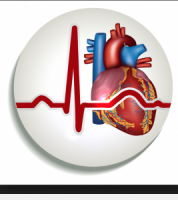 • Heart disease is the leading cause of death for both men and women. More than half of the deaths due to heart disease in 2009 were in men.

I will try to not make this super long!!   So, back on April 6th, Danny ~ a “healthy” eater, triathlete, not a smoker, not living a stressful life or a stressful job~ goes throughout his day at work that Monday.  He started to have some discomfort in the middle of his chest.  He figured it was just a virus settling in his chest.   The grabbing discomfort increased as he exerted himself and at one point he had to stop himself to rest.  It did seem to go away when he rested along with not getting any worse later in the day. This allowed us to go to a dinner with family pain free.  BUT when he tried to go to bed later that night, the pain came back as soon as he tried to lay down.  It was so bad, he started to be concerned.  We searched the internet ~ confused and doubting this could be a cardiac issue.  He was not having pain in his jaw, not sweating, not feeling anything unusual down his  left arm BUT, after  speaking to a friend who was a nurse, we got in the car and drove to the hospital.

*** let me stop right here to say, don’t do what we did!!  Call an ambulance and chew a baby aspirin!!!  I found this fact from the American Heart Association ~ “ 1) Four out of five cardiac arrests happen at home. 2)Sadly, less than eight percent of people who suffer cardiac arrest outside the hospital survive.”   Call an ambulance so IF you go into cardiac arrest, they can administer the needed precautions, treatments or medications to safe your life!

We got to the ER  just before midnight.  The initial EKG was good but the blood work showed that something was happening ~ they wanted him to stay for another 6 hours to keep an eye on him and check more blood work.  It was just about 1:30 the next morning, while in the ER, Danny went into full Cardiac Arrest. It was scary for me to see the nurse rip the paper from the EKG printer and start running down the hallway of the ER!!   They administered medication to dilate and open his arteries and that really relieved his pain.   Since we had gone to one of the best cardiac hospitals in the area, they had a “cath lab” on site so they were able to get Danny up to the lab and find out what was happening in about 30 minutes.   Dr. Aggarwal was on call that night ~ a real “God send” and blessing!!  He found the blockage, which was 95% in the LAD (left anterior descending) artery. AKA the “Widow Maker”!  No, it wasn’t just Angina!

Dr. Aggarwal cleared the blockage and put in a stent.  He called my sister-in-law and I into the cath lab to proudly show us what he had just done.  It was amazing to see the blockage on the screen and then to watch all the blood flow return once it was cleared.  This is one time we are so grateful for the blessings of doctors!!!    We talked more about lifestyle and future changes and the doctor completely supported our habits of eating grass-fed beef, butter, supplementing with Omega 3 fish oils, but was very baffled as to why Danny had such a blockage.

After 2 days in the ICU Danny returned home, prescribed 3 medications basically to ensure that his blood wasn’t sticky and attack the new stent ~ which the body will do as it will treat it like a foreign object.   The doctors said that since he was so healthy and the cardiac arrest happened in the hospital, he didn’t have any noticeable  or identifiable heart damage.

One week later, the Dr. Aggarwal cleared Danny to begin Cardiac Rehab and recommended that he slowly get back to his exercising habits.   So, since we seemed to be knowledgable on nutrition and healthy lifestyle, the office staff really didn’t go into any dietary changes.    We went home and started researching.

Danny & I found that the research was SO CONFUSING!!  All government and mainstream recommendations called for a low fat diet and high in carbs ~ NOT what we wanted to see!  Even the “nutritional” “alternative” experts had different recommendations!  The more we researched the more confused we became!  My years of studies were being contradicted and challenged!!  We contacted experts we knew and made a few changes:

We believed that “Free Radicals” were a big causation so Danny increased his daily supplements to an ORAC (Oxygen Radical Absorption Capacity )  over 50,000. He was taking his Multi mineral/vitamin, calcium, amino acids,  selenium, garlic, coQ10, Omega 3s. K2, just about everything you can imagine!   We made sure to eat gluten free, so we indulged in Couscous, Quinoa , Buck Wheat and brown rice.  We switched from the occasional ice cream to the frozen Banana desert maker ( and indulged a little more) ,   we found some delicious gluten free organic chips to have with our guacamole (which gave us a healthy fat)   But Danny was still worried about fat, so we bought a few “low fat” items….

His blood pressure went from an average of the upper 130s/80s    to an average of 120s/ 70s .  As Danny neared the 6 week check up, he was doing very well with his Cardiac Rehab exercise program and getting back to feeling much more confident with exercising on his own.  We expected his blood work results to show at the very least, improvement…..  what we discovered in this 6 week followup appointment changed our lives!

This experience has opened our eyes and we want to share our journey ~ my next blogs’ information will hopefully help save another life…I will be sharing that eating “healthy” can be different from one individual to another.   I also continue to learn that the more we experience and learn; the more we can research and learn!  We thank God every day for keeping Danny alive!  We know that God has so much more planned for Danny!
Danny & Kim have been married 28 years and reside in West Palm Beach, FL
Kim is a Certified Nutritional Counselor & Biblical health coach

Powered by Palm Beach Nutrition
Back to Top
Enter your Infotext or Widgets here...